Golden Week. A much welcomed week-long holiday in China, but also the most dreadful period to travel within the country as half of its population is doing the same. Everyone warned me about popular tourist spots, and wished me luck when I told them I planned to visit Suzhou. As the holiday was just a month after my arrival in Hangzhou, I didn’t have much time to plan a proper trip. So I just picked the nearest, most popular city to explore.

The bullet train ride from Hangzhou to Suzhou was a lot more pleasant than I expected. The traffic was smooth and there were hardly any loud, annoying crowds that I had been mentally preparing myself for. This is because I left on Tuesday, and most travelers have already departed during the weekend or Monday.

So my strategy was to do 2 nights in the Wang Shan 旺山 area (40-minute drive from town) in hopes of finding some peace away from the city, and then 2 nights in the city center. Besides having train tickets and hotel rooms booked, I didn’t make any other plans. I just decided as I went along, going where my instincts and review apps took me.

Arrived in the quiet (YASSSS I HACKED THE SYSTEM) little village of Wang Shan and headed straight for the nearest best-rated restaurant. One thing I learnt from this trip is that Suzhou, and to some extent China, is not great for solo travelers because all the best food has to be eaten in groups.

I insisted on trying the signature 红烧扁鱼 at 山好人家 even though the waiter warned me that it’s a huge portion. And damn, it was a massive fish. I enjoyed it a lot — so flavourful and fresh. But I could only finish 70% of it.

Then I took a slow walk around the area, and stumbled upon some lovely gardens. 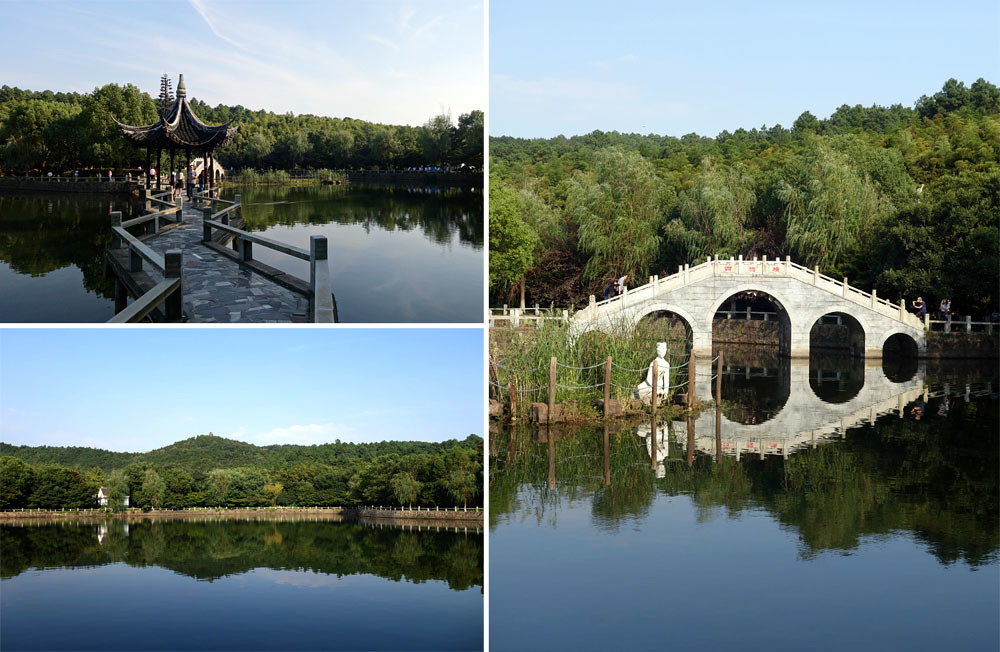 As there wasn’t much sunlight left to explore the surrounding nature, I took a short ride to Shantang Street 山塘街, an ancient street that’s postcard Suzhou — traditional houses flanking a river. Sights like these are common in this picturesque city, and that’s how it earned its reputation as the Venice of China. 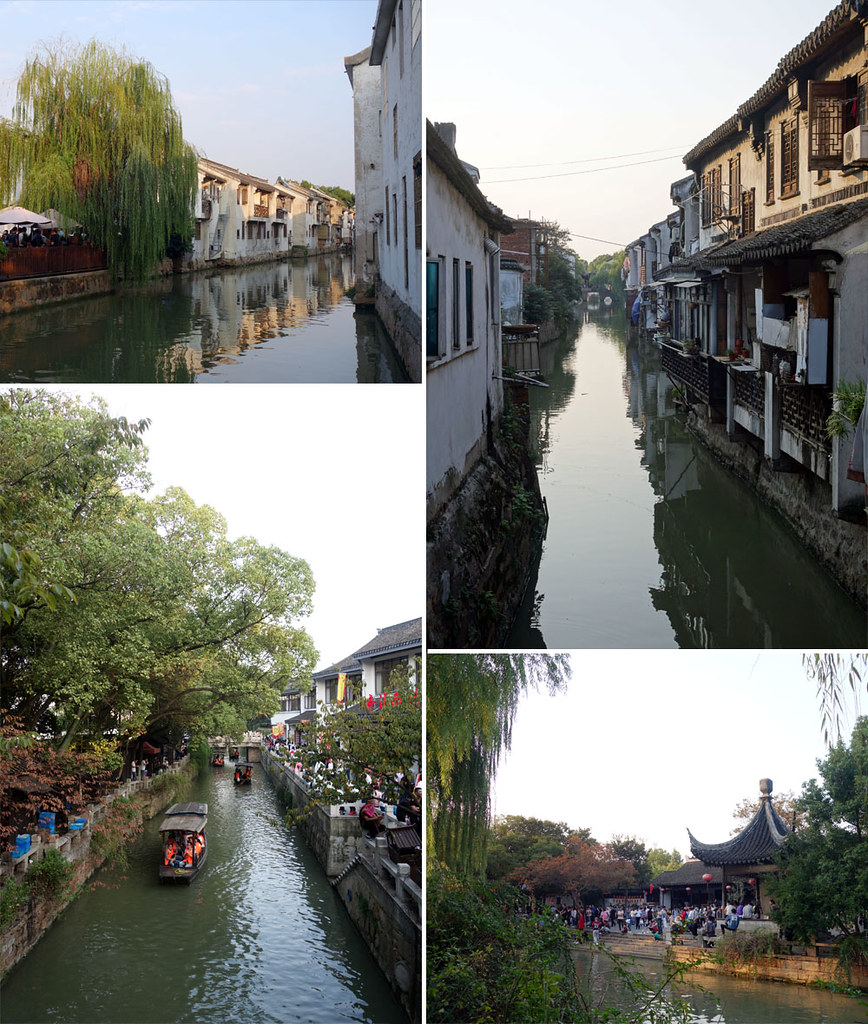 I took a risk by booking 2 nights in Wangshan without doing much research. Turns out that it can be covered in a day. But sometimes, risks pay off. I decided to take a cab out to Tianchi mountain 天池山 even though it looked pretty remote on the map and there wasn’t much information about it on the web. I was worried that it would turn out to be a shitty trail, and there was also a chance that I might not be able to get a cab back.

The ride there scared me a little. We went over big highways, passed industrial parks with huge power stations, and as we neared the destination, we left the last half-abandoned town miles behind. The driver then made another turn into a deserted road, passing crumbling sheds and more nothingness, before arriving at a properly-marked tourist destination with a decent amount of cars parked in front of it. I then breathed out a sigh of relief, and happily bought entry tickets.

But first, freshly made dumplings for breakfast! Also loving the village vibe here…

A short walk in, and already in love with this charming spot. It has has pretty gardens, and many old Buddhist temples, idols, and symbolism. 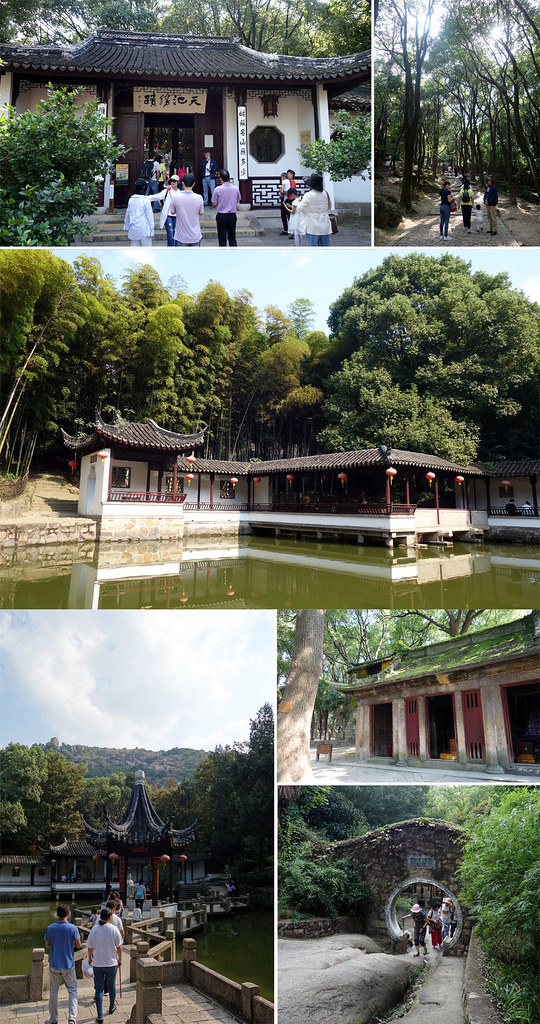 Then it’s a short ascend towards the lotus peak 莲花峰, named after the rocks piled precariously at the top that seem to resemble a lotus flower in bloom. Someone sure had a great imagination! 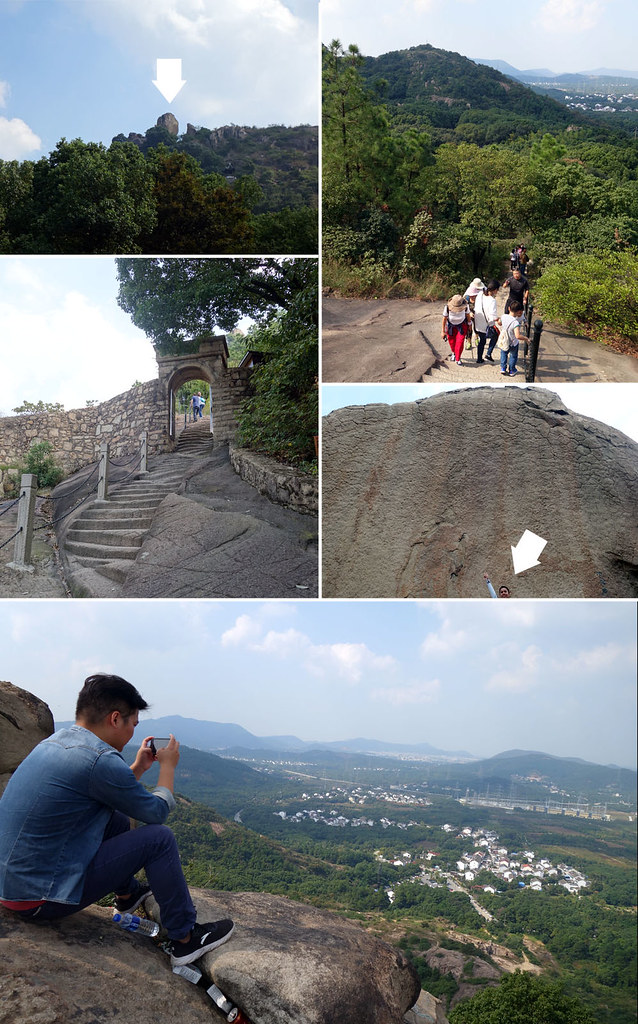 Found a quiet little spot to hide away from the sun and sit with nature. Just me, a great view, and nothing on my mind. 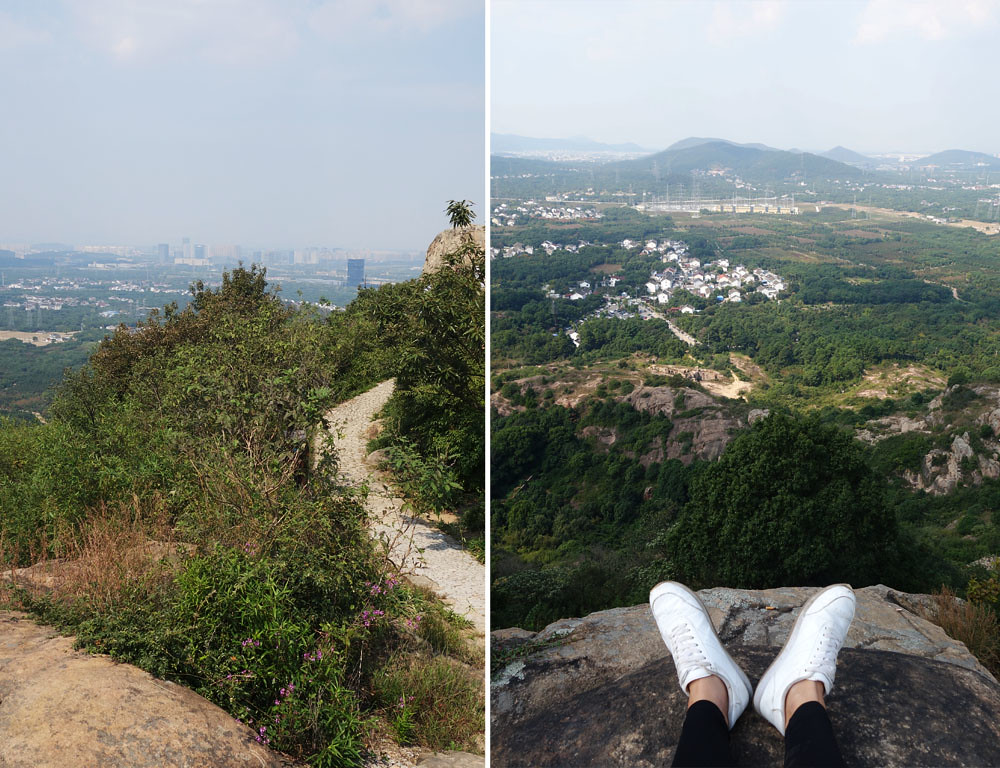 Back to Wangshan for a late lunch at a homey restaurant called 西湾土八灶. I got them to recommend signature dishes enough for 1, and they served up chicken soup and seasonal hairy crabs. The sweetness of crab’s flesh, mixed with its steamed juices that had the sea’s essence, combined to form one seductive flavour. Contrary to the Sri Lankan crabs commonly eaten in Singapore, this one has most of its flesh in its head rather than legs. 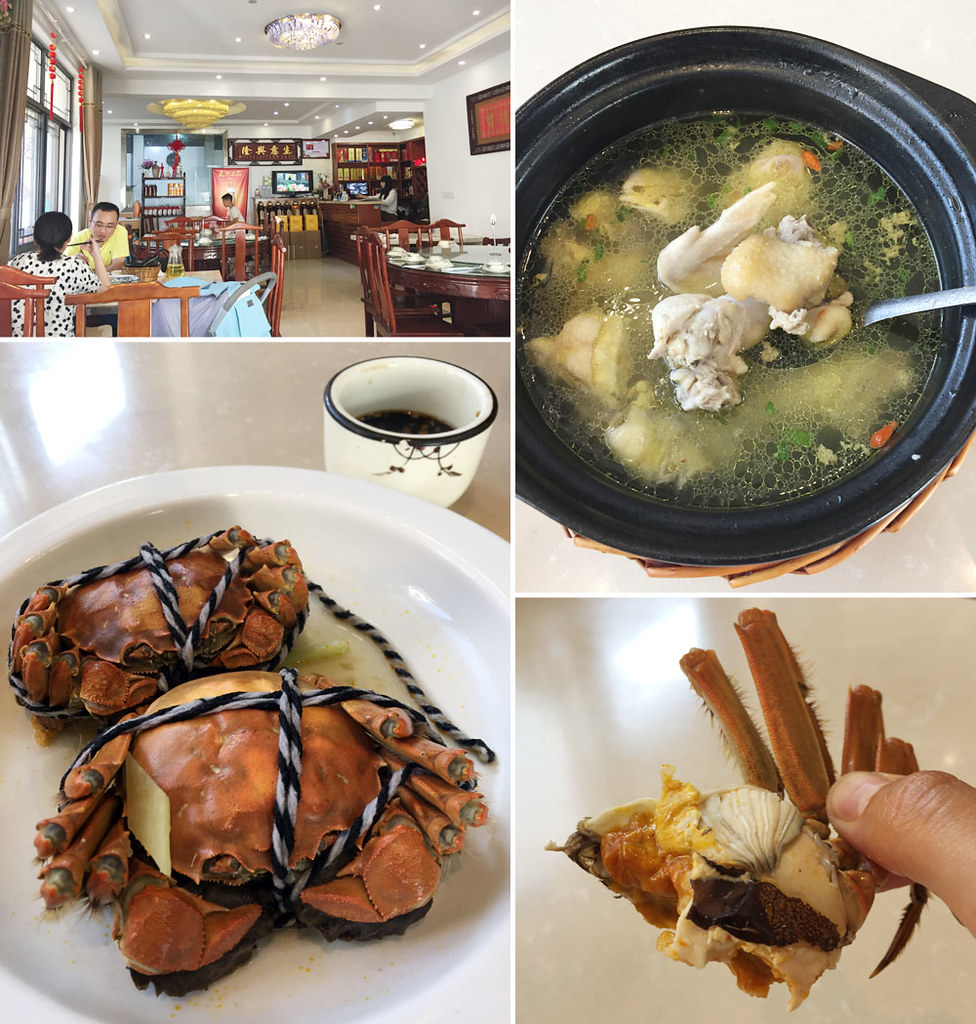 I really dig village stays for holidays… It opens up my eyes to a way of life that I’m not familiar with, and I just love the simplicity of buying fruits from farmers, seeing free range chickens scampering around small roads, and wandering around shabby streets.