On the cab ride from ulu Wangshan to Jinji lake 金鸡湖, which is just outside the city center, we passed massive traffic jams on a parallel highway. Seeing that sent my anxiety levels through the roof, and I asked the driver what was the Golden Week situation like downtown. He told me it was complete madness. He had a friend who was visiting and wanted to see one of the famous gardens around 8 or 9am, and he went to get tickets at 4am. And that was enough for me to cancel my pre-booked room in the city, which thankfully had free cancellation.

The area around Jinji lake is lovely, and reminded me very much of the Esplanade. It has wide walkways filled with trees, rows of restaurants with alfresco seating to enjoy views of the lake, and even an iconic building marking the skyline that’s kinda like Marina Bay Sands. So I looked it up, and BAM, found out that the building, Suzhou Center, is developed by Singapore’s very own Capitaland. 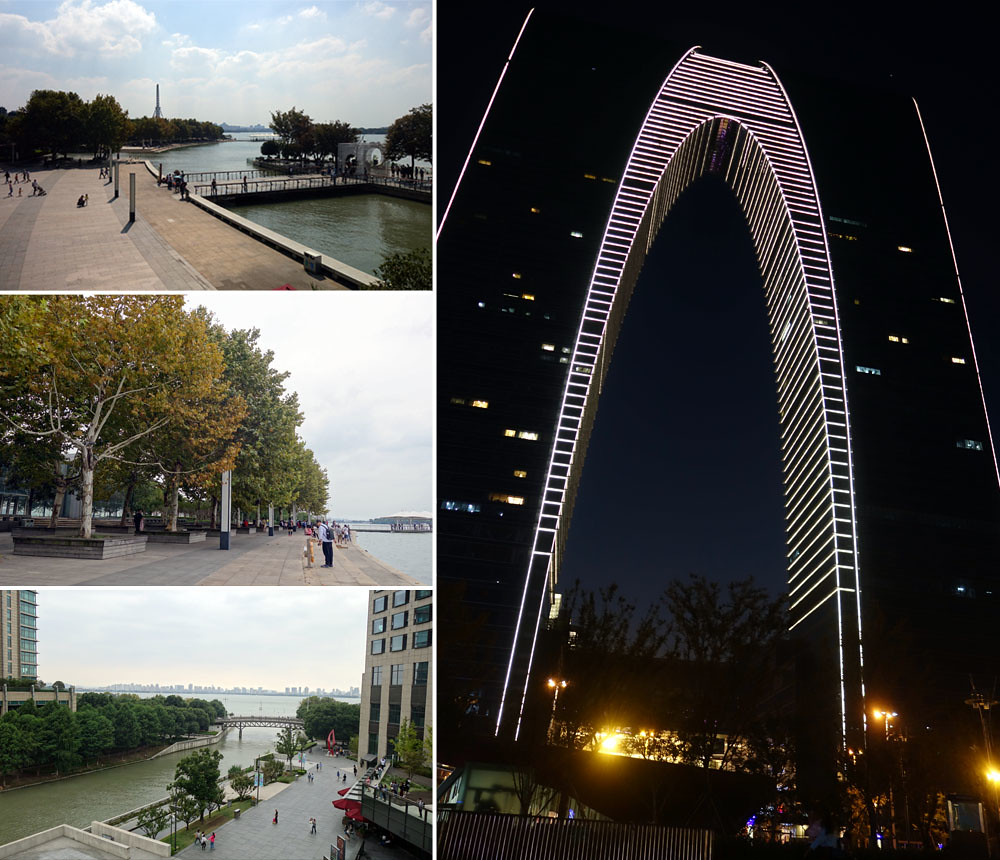 After briefly researching and exploring the vicinity, I decided it was a good enough spot to stay for the next two days. But I was still curious to see how crazy the city was. So I took the metro straight into the epicenter of Golden Week tourism.

Went to Pingjiang road 平江路 first since the cab driver recommended I do that if I couldn’t get into the gardens. It’s cute little old street that’s typical of Suzhou. This one’s 800 years old, and now preserved as a touristy but still photogenic area. 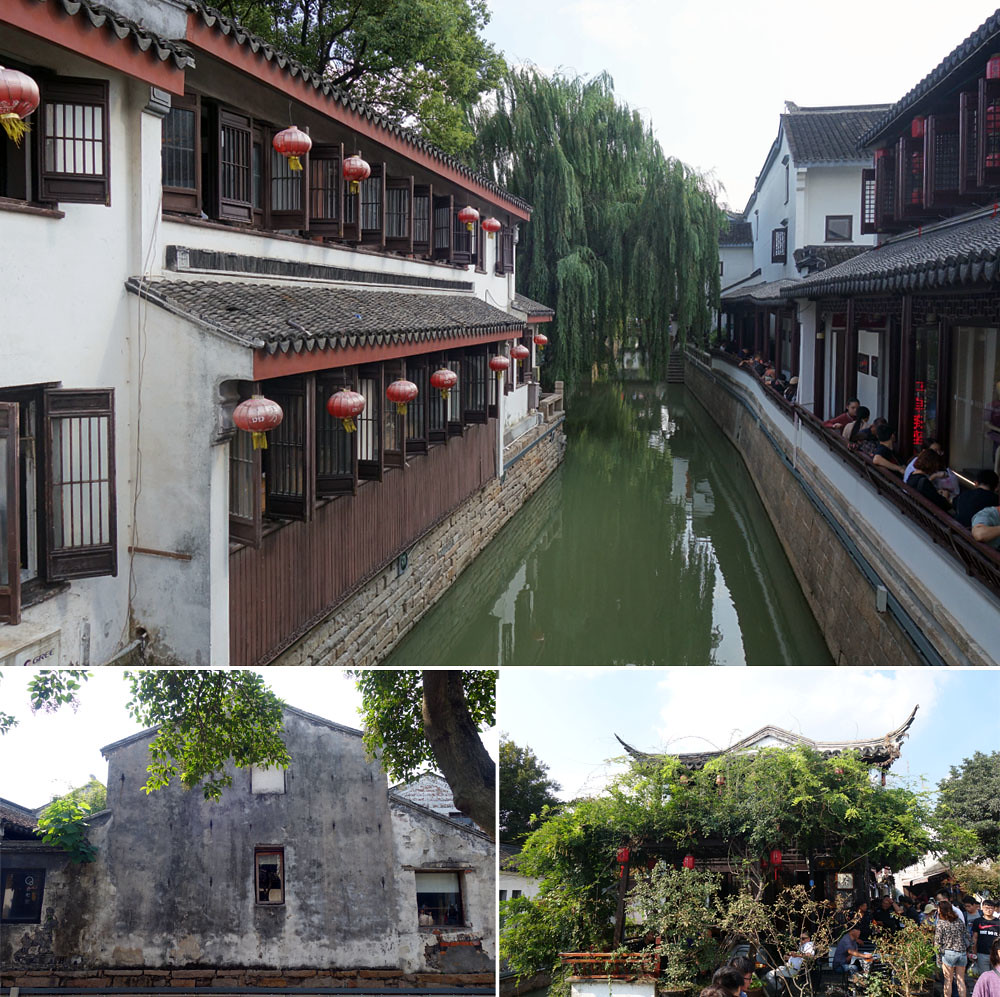 But make a turn away from the main river, and it’s like stepping into another world. One that resembles what life as like before tourism made its mark. Narrow alleys, dirty walls, messy homes, dingy mahjong dens, old people deep in thought over a game of Go by the riverside. It was as idyllic and romantic as a slow-paced art house film.

As I still had some time before the sun set, I thought I should just walk towards the famous gardens. (This is one upside of travelling solo — you get things done quickly, and can cover many more places.) The route maps planned for me along the main road, and this was where the Golden Week madness hit me. I was mentally prepared for crowds, but the noise pollution really took me by surprise. With traffic almost at a standstill, irritable motorists were basically honking nonstop. Not those light, polite honks that gave others a hint to move, but long, angry, blaring honks. I had a headache after walking along the road for 15 minutes.

Then I saw that Lion Grove Garden 狮子林, one of the most famous among Suzhou’s many gardens, had a fast-moving queue. So I joined the crowd and flowed through the entrance within 15 minutes. So far so good! Of course it was crowded as hell inside. But compared to exasperated motorists, this crowd was a lot cooler.

Built in 1342 by Buddhist monks, this garden is famous for its rockery. Grotesque, rock sculptures with fascinating forms and textures. These stone formations are said to resemble lions (hence the name), but probably not so much any more as these natural sandstone boulders are prone to erosion. 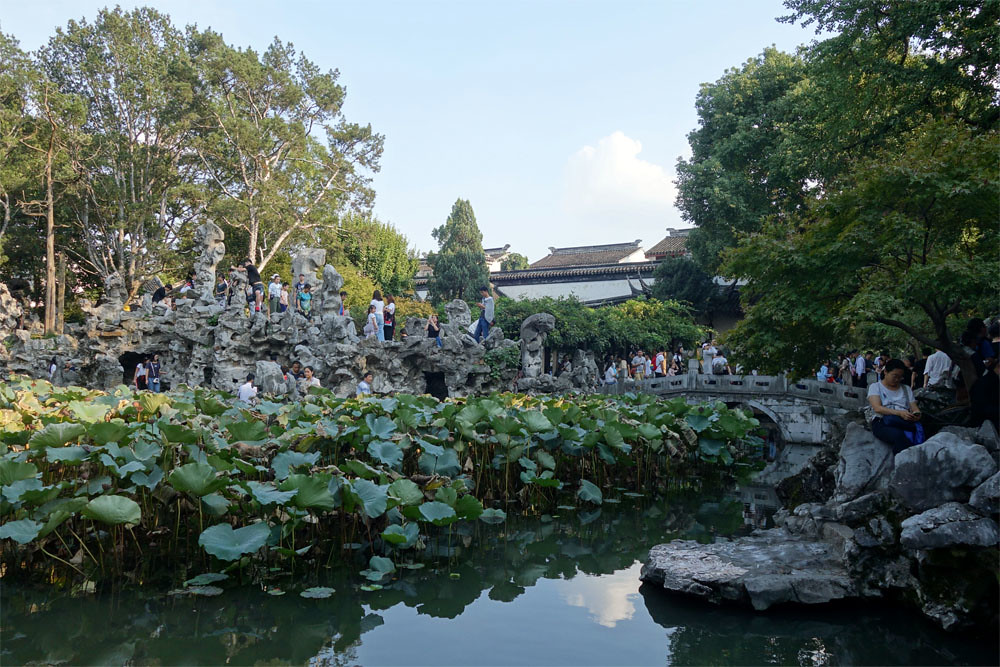 Sharp, messy, and harsh, these outlandish, almost ugly rocks are in stark contrast with the perfectly manicured garden. And it is this strange yet beautiful juxtaposition that really captivated me. Too bad the rocks don’t photograph as well, and makes the entire scene messy. You just gotta be there to appreciate its details in real life! 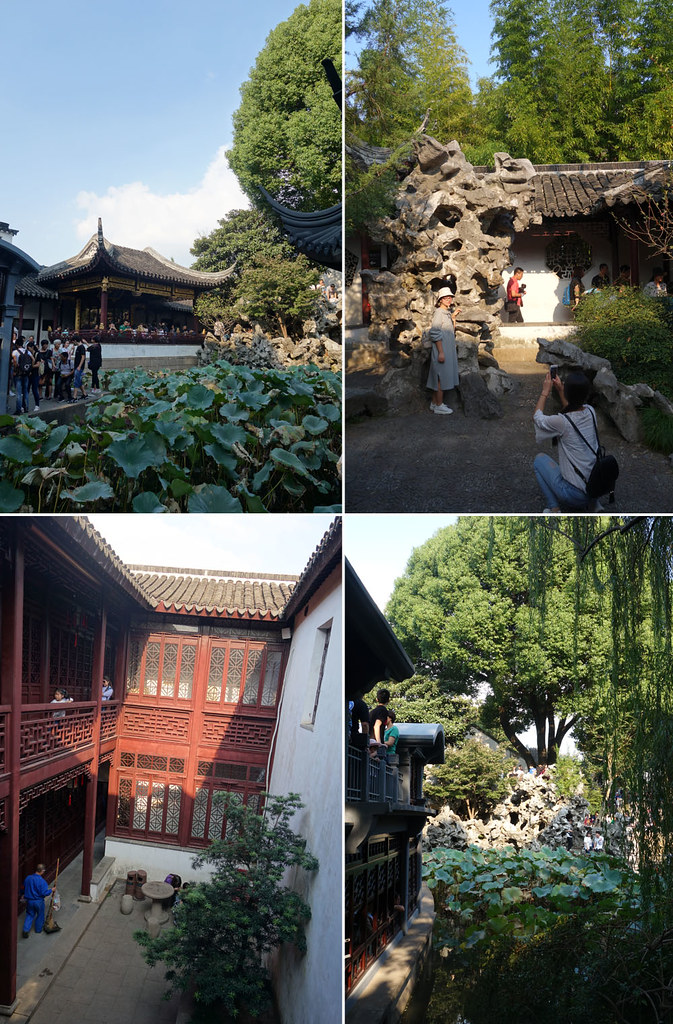 After I was done with admiring the garden as best as I could among the crowd, I turned my attention to the crowd itself. People can be just as fascinating. 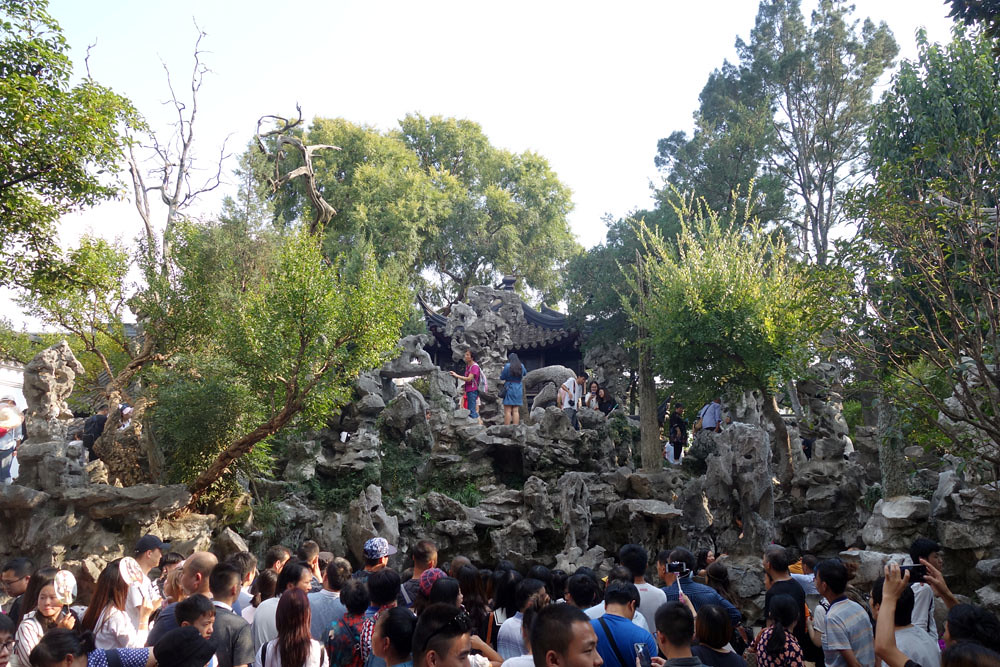 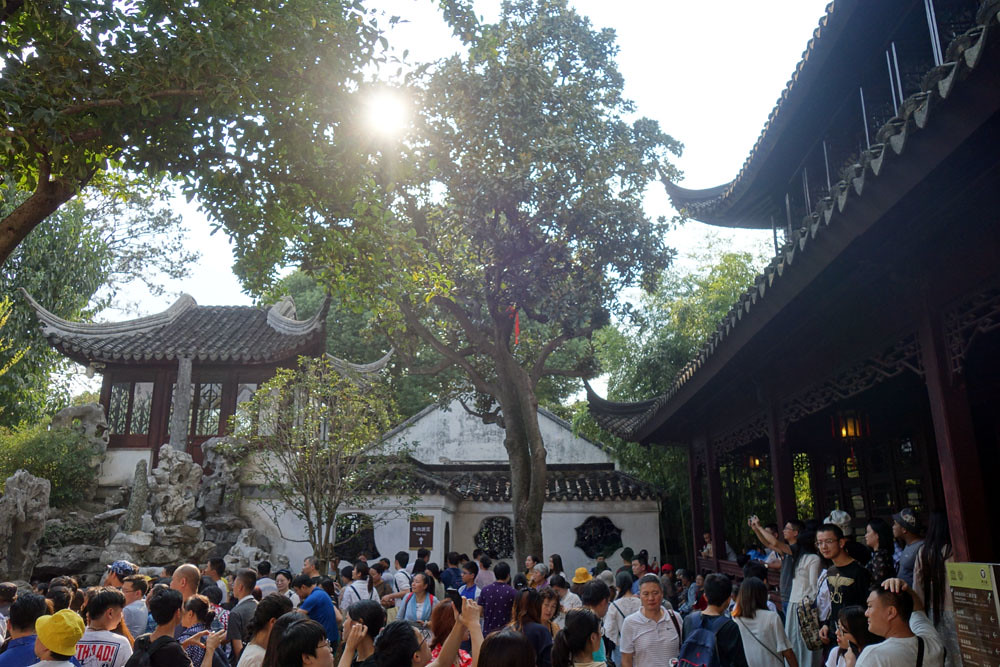 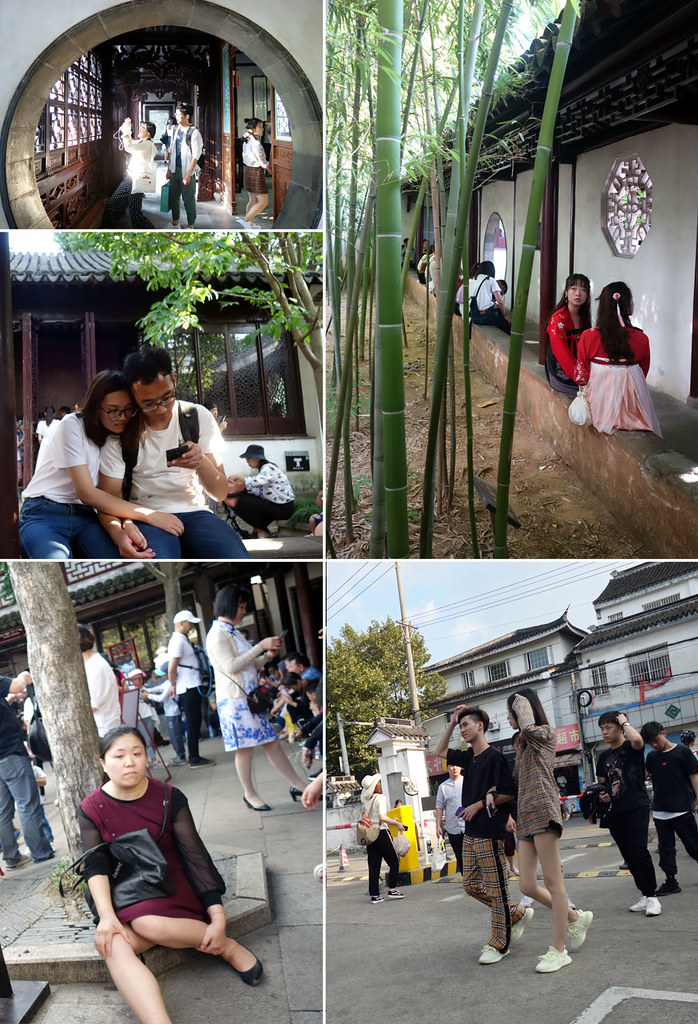 Such an appetizing photo to lead into this next portion — food! I went all out to treat myself this trip and had some pretty awesome meals.

I took it slow on my last day in Suzhou. I wandered around the Jinji area, and also parked my ass at this cafe for 3 hours overdosing on chocolaty sweets and a good read. A lovely way to wind down and wrap up my Suzhou adventure… 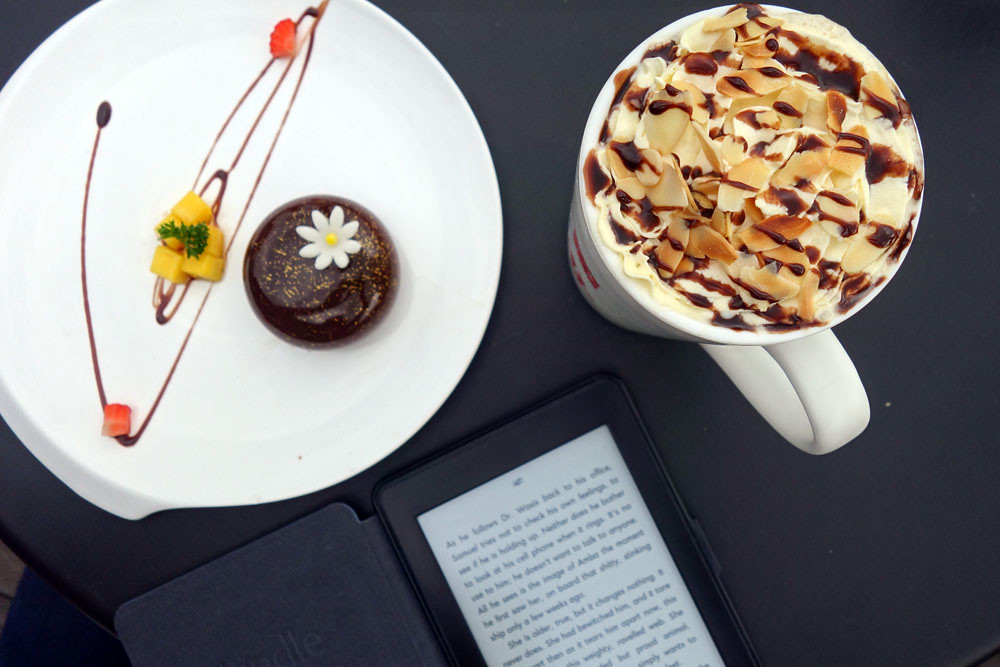